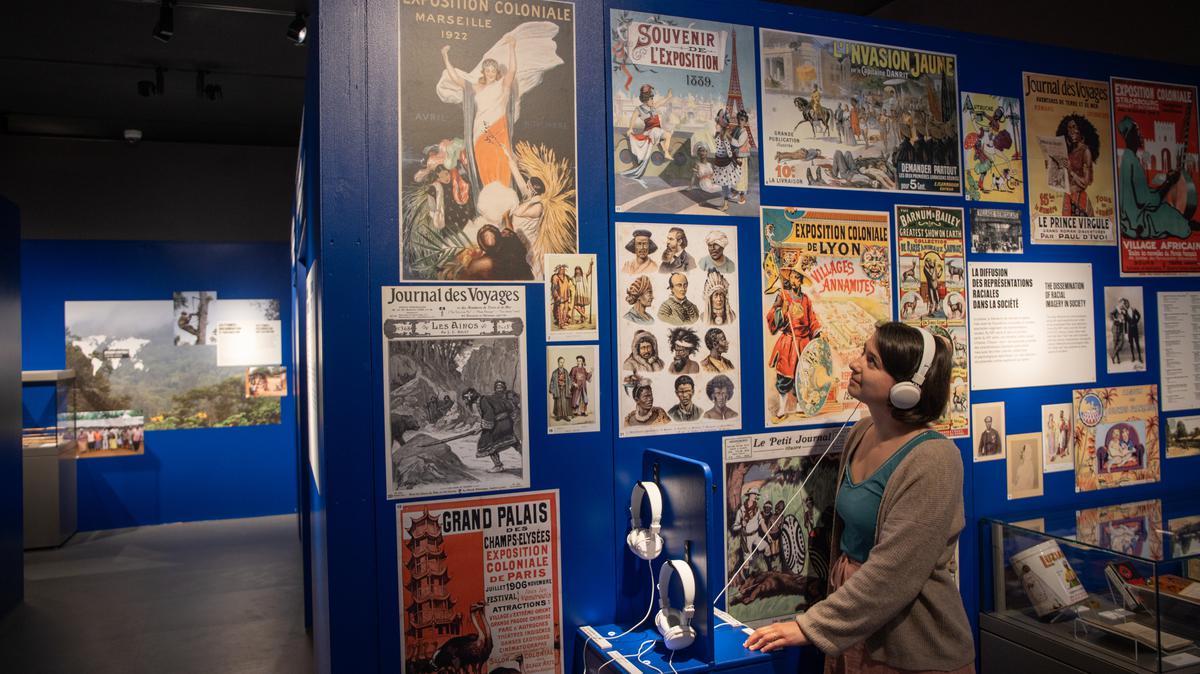 Here is the first: “To be racist is to consider that the differences between individuals — physical, cultural, moral — are hereditary, immutable, and ‘natural,’ which establishes a hierarchy between categories of people to translate into practices ranging from discrimination to the annihilation of others. »

Everyone has their own suitcase full of prejudices

The public should expect to be destabilized. Be warned. First, let’s pass under a symbolic airport security gate, the archetype of a placeworld where all men mingle. A small sentence is deleted: “You, you have to eat a bit spicy. “Put your value judgment on…” You, you have the rhythm in your skin. No better, etiquette for the neighbor. In this phase of the exhibition, intended as an emotional journey, everyone enters with their case of prejudice under their arm. But classifying does not mean prioritizing.

“We and the Others, from Prejudice to Racism” also explores the scientific construction of the term “race” and uses historical examples to illustrate the state enforcement of institutionalized racism. History, very European here, is conjured up. Two chronological friezes face each other on the walls, one speaks of the history of racialization, the other of science and racism: the conquest of America in 1492 evokes the controversy of Valladolid, which in 1550 turned against the theologian Sepulveda and the Dominican Las Casas on a question: Do the New World Indians have a soul?

Later, 1789 and the Declaration of the Rights of Man and of the Citizen – “People are born and remain free and equal. Social distinctions can only be based on public utility” – come across another date: 1795. The German Blumenbach publishes “On the unity of the human race and its varieties”, a classification into five races, reserving the “white race”. a superior place. Many strong objects clash between the chronologies, including a code noir from 1745, on loan from the Bordeaux Public Library. The first dates from 1685 and dealt with “Discipline and [du] Trade in Negro Slaves from the French Isles of America”.

There is this skull of a “Negro of Gorée” that came to the Bordeaux Museum in 1872; another illustrates phrenology, an early 19th-century theoryand Century, which intended to be a study of an individual’s character from the shape of his skull; the “Y’a bon Banania” boxes; Posters of colonial exhibitions, some of which are only 100 years old. Here French colonization is supported by racist thinking. Évelyne Heyer, Professor of Genetic Anthropology at the National Museum of Natural History, emphasizes: “Racism is ‘fake news’ that persists. »

The process of institutionalizing racism is then presented using three examples: segregation in the United States, Nazi extermination, and the Rwandan genocide.

What does science say?

But what does science tell us today about the diversity of the human species? For the exhibition’s scientific curator, “genetics explains why racism doesn’t exist” that the concept of race is not scientifically valid, “recent scientific research confirms that human populations have too few genetic differences to justify the concept of ‘race’ justify “. A skull of Homo sapiens is enthroned. We’re just a big family of mutants.

The more enlightened audience will also come out shaken, clinging to a few questions written on the walls like, ‘Are we all from Africa? Will we all be half-breeds in a hundred years? and the first article of the Universal Declaration of Human Rights: “All human beings are born free and equal in dignity and rights. »